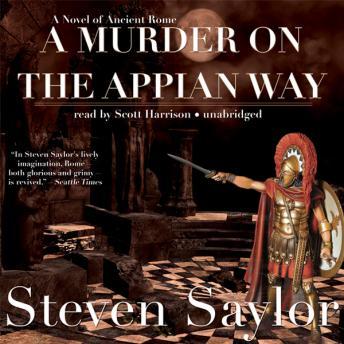 A Murder on the Appian Way: A Mystery of Ancient Rome

Ancient Rome has been in a state of turmoil as the rival gangs of Publius Clodius, a high-born, populist politician, and his arch-enemy, Titus Milo, have fought to control the consular elections. When Clodius is murdered on the famed Appian Way and Milo is accused of the crime, the city explodes with riots and arson, and even the near sacrosanct Senate House is burned to the ground.
As accusations and rumors fly, Gordianus the Finder, whose famed investigative skills and integrity make him sought after by all sides in the escalating conflict, is charged by Pompey the Great with discovering what really happened. Who is really responsible for Clodius’ death? And should his murderer be despised as a villain or hailed as a savior of the Republic?

Murder on the Appian Way: A Mystery of Ancient Rome