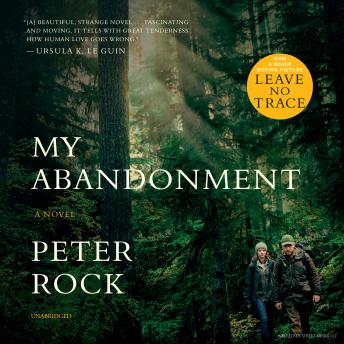 Leave No Trace, a film adaptation of My Abandonment, directed by Debra Granik (Winter's Bone) premiered at the Sundance Film Festival to critical acclaim.

A thirteen-year-old girl and her father live in Forest Park, an enormous nature preserve in Portland, Oregon. They inhabit an elaborate cave shelter, wash in a nearby creek, store perishables at the water's edge, use a makeshift septic system, tend a garden, even keep a library of sorts. Once a week they go to the city to buy groceries and otherwise merge with the civilized world. But one small mistake allows a backcountry jogger to discover them, which derails their entire existence, ultimately provoking a deeper flight.

Inspired by a true story and told through the startlingly sincere voice of its young narrator, Caroline, My Abandonment is a riveting journey into life at the margins and a mesmerizing tale of survival and hope.