My Early Life: A Roving Commission 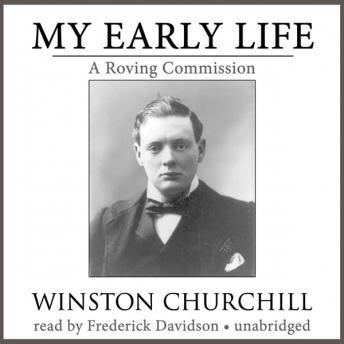 As a visionary, statesman, historian, and the most eloquent spokesman against Nazi Germany, Winston Churchill was one of the greatest figures of the twentieth century. This is the story of the first thirty years of his life, up to the point where his unique parliamentary career was just beginning. From childhood and his apprentice days at Harrow and Sandhurst we follow him on active service to Cuba, the northwest frontier, Omdurman and the Boer War-including the historic story of his escape from captivity-whilst in the background are his early adventures in politics and literature.
"I have tried, in each part of the quarter-century in which this tale lies, to show the point of view appropriate to my years, whether as a child, a schoolboy, a cadet, a subaltern, a war-correspondent or a youthful politician...When I survey this work as a whole I find I have drawn a picture of a vanished age."-from the author's preface
My Early Life gives listeners insights into the shaping of a great leader.

My Early Life: A Roving Commission