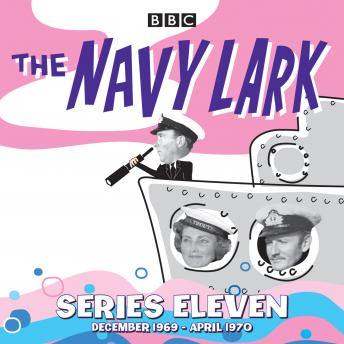 This box set comprises the episodes Commander Murray and the Squatters; What is the SSE?; Pertwee Climbs Up the Promotion Ladder; Stranded; Sir Willoughby's Party; The Fleet Initiative Test; CPO Pertwee's Long Service Medal; The Phenomenal Pertwee Tug; The Security Clampdown; The Anniversary and the Washing; The Forbodians Hijack Troutbridge; Number One Gets Married; The Honeymooners Return; CPO Pertwee and the Lead Half Crowns; Sub-Lt Phillips to Leave for Dartmouth and The Mark 31 Radar. Bonus items include Alastair Scott Johnston's introductions and sign-offs to two of the double recording sessions, plus outtakes from several shows.

A PDF booklet is also included, featuring a detailed history of the development of this series of The Navy Lark, cast biographies,an episode guide and a special episode guide for The Big Business Lark (episodes not included).