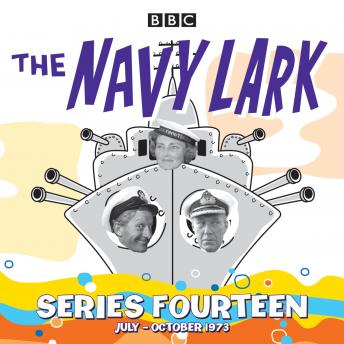 All thirteen episodes from Series 14 of the classic BBC radio nautical comedy – plus a bonus show, Jon Pertwee's Sketchbook.

Also included is a PDF booklet containing a detailed history of the development of this series of The Navy Lark, cast biographies, and a series episode guide.

Featuring Richard Caldicot, Heather Chasen, Tenniel Evans and Michael Bates, it's all aboard for more entertaining escapades with the Troutbridge crew.Duration: 7 hours approx.