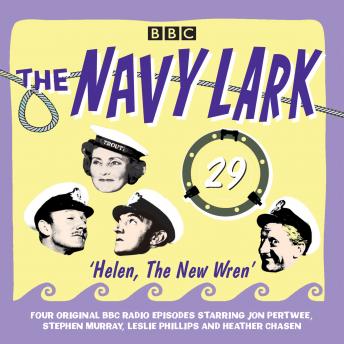 The crew of HMS Troutbridge return in these four classic episodes of the long-running comedy series. Two new WRENs arrives on the scene, and Mr Murray becomes green-eyed at an apparent love rival. The First Sea Lord appeals for anyone to locate his missing son, and CPO Pertwee tries to capitalise on a resemblance to Mr Phillips. Later Mr Phillips becomes one half of a vent act, and Mr Murray competes to be Naval Horseman of the Year. As ever, nothing goes quite according to plan…