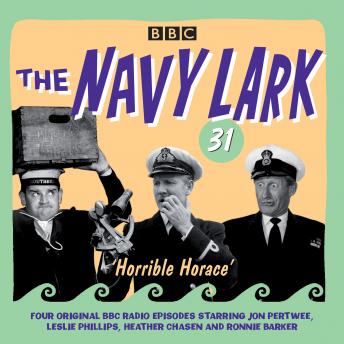 The Morning After (‘Working Their Passage’) 11 March 1960 After a particularly boisterous party, the crew are feeling poorly – and matters are not helped when Commander Povey orders them onto choppy waters in search of a buoy…

Horrible Horace (‘Confounding the Ungodly’) 28 December 1975 When Sea Cadet Horace Wellington-Gore is assigned to Troutbridge to finish his training, Pertwee soon realises that disasters follow in Horace’s wake. But Pertwee will regret getting on the wrong side of the slippery sea cadet.

Officers and Gents’ Lib (‘Burning their Bras’) 4 January 1976 The Troutbridge men are feeling cheesed off with the female gender, and decide to form the Troutbridge Officers’ and Gentlemen’s Liberation Movement – but their declaration of male supremacy does not last long.