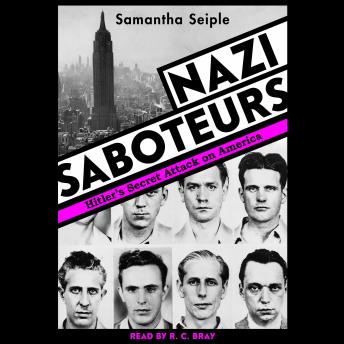 A gripping tale of the little-known Nazi plot to attack on American soil, and the brave individuals who got in the way.
In 1942, amid a growing German threat, Nazi agents infiltrated the United States in hopes of destroying American infrastructure and sowing panic throughout the nation. Nazi Saboteurs tells the nail-biting tale of this daring plot, buried in history, for young
readers for the first time. Black-and-white historical photos throughout paint a picture of a nation on edge, the FBI caught
unawares, and the incredible capture of eight dangerous criminals. A thrilling historical narrative for WWII buffs, reluctant readers,
and adventure junkies.