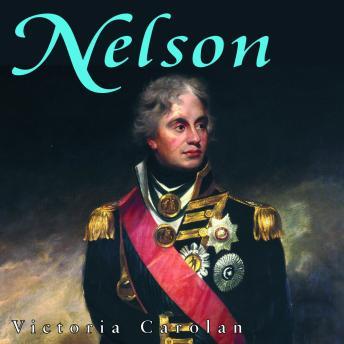 Nelson continues to fascinate academics as well as the general public. He is still considered one of Britain's greatest heroes and featured within the top ten of the BBC poll of such figures. But why does Nelson still remain such a prominent figure in the national imagination?

With 2005 being the bicentenary of the Battle of Trafalgar, Victoria Carolan embarks on a timely reappraisal of Nelson, the myth and the man.

Beginning with Nelson's early life and an analysis of the condition and practice of the Navy at the time of Nelson's entry into service, Carolan goes on to examine Nelson's naval battles before Trafalgar, particularly the pivotal Battle of the Nile in which the then Rear Admiral Horatio Nelson, with a fleet of fourteen ships, captured six and destroyed seven French vessels out of a total of seventeen and in the process achieved one of the most decisive victories in the age of sail and re-established British command of the Mediterranean.

Devoting a full section to the Battle of Trafalgar, Carolan looks in detail at the build-up to the battle, the events and progress of the battle, at the Admirals of the French and Spanish navies and explains why the battle was so decisive in the Napoleonic Wars. She goes on to look at the immediate aftermath of Nelson's death and his state funeral and then to his legacy, the building of monuments (particularly Trafalagar Square and Nelson's Column), the development of the Nelson myth, his depiction in film, his value for propaganda purposes during the two world wars and the current state of scholarship on Nelson.