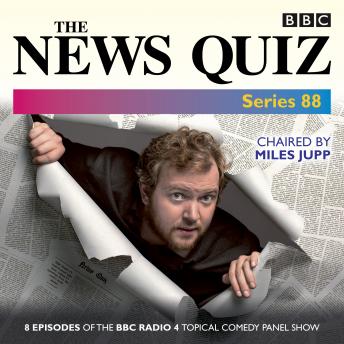 In his first series, Miles Jupp is in the chair for eight episodes of BBC Radio 4's ever-popular topical comedy show.

The News Quiz,‘the finest topical comedy panel game known to radio’, has been providing headlines, punchlines and a sharply satirical take on the news since it first aired in 1977.

New boy Miles Jupp is in the chair following the retirement of Sandi Toskvig from the show in June 2015, making him the fifth host in the show's 38-year history. Duration: 4 hours approx.