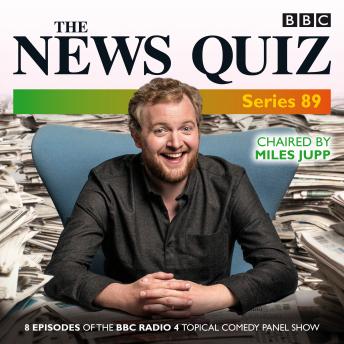 The long-running satirical panel show that inspired Have I Got News For You returns for its 89th series, tackling the big (and not so big) events that have been making the headlines.

Using their considerable comedic talents, they dissect topics as varied as the forthcoming EU referendum; the junior doctors' strike; the controversy over Oxford University's Cecil Rhodes statue, the US election front runners and the Met Police's idea of using eagles to intercept drones.

Keeping the panellists in order is chairman Miles Jupp, while newsreaders including Kathy Clugston, Susan Rae, Diana Speed and Zeb Soanes read a selection of the funniest cuttings sent in by listeners.