No Deals Done 'til it's done 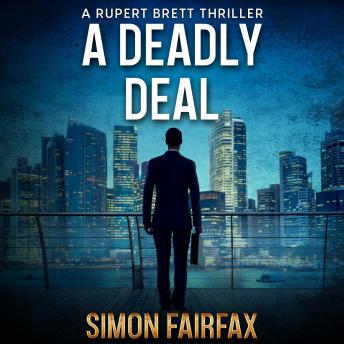 THE RUPERT BRETT 'DEAL' SERIES
NO DEALS DONE ,'TIL ITS DONE
London, 1986. An ambitious young surveyor, Rupert Brett, takes his first steps into the world of commercial property and quickly discovers a devious world of deals, more dangerous than he could ever have imagined.
Bribing planning officers and fund managers could be expected - but money laundering and murder is a different matter.
Information becomes the true commodity and for some, greed is worth killing for. Before long, Brett finds himself at the centre of the maelstrom, thrust into a dangerous world of corporate espionage, lies and deceit. Framed for murder, his life in danger, and hell-bent on revenge, Brett follows the trail to Italy - a haven for the corrupt developers.
As the noose tightens, pursued by police and professional killers alike, will Brett survive in this world of double-dealing and death?

No Deals Done 'til it's done