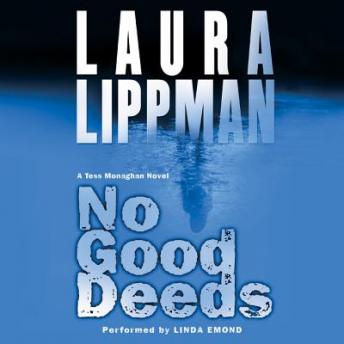 Award-winning and New York Times bestselling author Laura Lippman’s Tess Monaghan—first introduced in the classic Baltimore Blues—becomes involved in a complicated investigation that will force her to question her loyalties.

For Tess Monaghan, the unsolved murder of a young federal prosecutor is nothing more than a theoretical problem, one of several cases to be deconstructed in her new gig as a consultant to the local newspaper. But it becomes all too tangible when her boyfriend, Crow, brings home a young street kid who’s a juvenile con artist and who doesn’t even realize he holds an important key to the sensational homicide.

Tess agrees to protect the boy’s identity no matter what, especially when one of his friends is killed in what appears to be a case of mistaken identity. But as she soon discovers, her ethical decision to protect him has dire consequences. And with federal agents determined to learn the boy’s name at any cost, Tess finds out just how far even official authorities will go to get what they want.

It isn’t long before Tess finds herself facing felony charges. To make matters worse, Crow has gone into hiding with his young protégé. So Tess can’t deliver the kid to investigators even if she wants to. Now her only recourse is to get to the heart of the sordid and deadly affair while they're all still free...and still breathing.