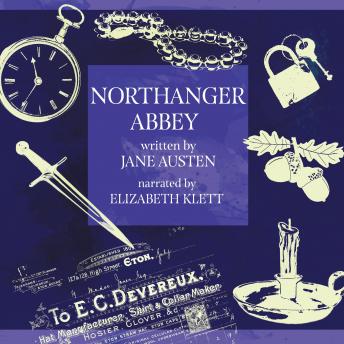 Jane Austen's first novel, Northanger Abbey, published posthumously in 1818, tells the story of Catherine Morland and her dangerously sweet nature, innocence, and sometime self-delusion. Though Austen's fallible heroine is repeatedly drawn into scrapes while vacationing at Bath and during her subsequent visit to Northanger Abbey, Catherine eventually triumphs, blossoming into a discerning woman who learns truths about love, life, and the heady power of literature. The satirical Northanger Abbey pokes fun at the Gothic novel while earnestly emphasizing caution to the female sex.

This title is due for release on November 10, 2017
We'll send you an email as soon as it is available!