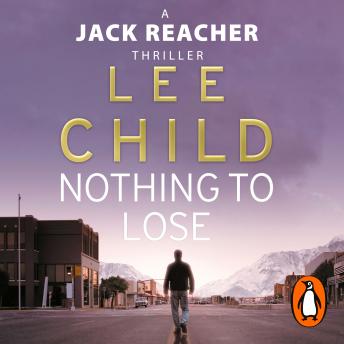 Two small towns in Colorado: Hope and Despair. Between them, nothing but twelve miles of empty road. Jack Reacher can't find a ride, so he walks. All he wants is a cup of coffee. What he gets are four redneck deputies who want to run him out of town.

Mistake. They're picking on the wrong guy. Jack Reacher is a big man, and he's in shape. No job, no address, no baggage. Nothing, except bloody-minded curiosity. What is the secret the locals seem so keen to hide?

A hard man is good to find. Ex-military cop Reacher is today's most addictive hero. Now he pulls on a tiny loose thread, to unravel conspiracies that expose the most shocking truths. Because, after all, Jack Reacher has nothing to lose.

This title is due for release on March 27, 2008
We'll send you an email as soon as it is available!