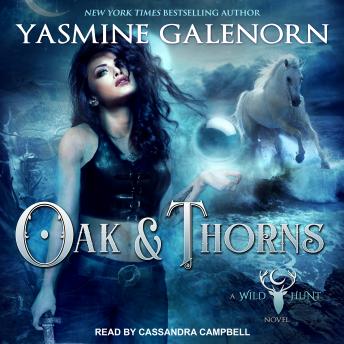 Caught between the worlds of Light and Dark Fae, Ember Kearney was born with the mark of the Silver Stag. Rejected by both her bloodlines, she's turned her back on her people to become a freelance investigator. Ember and her best friend Angel are led into a glittering world of conspiracy and danger when they are recruited to join the Wild Hunt, run by Herne, son of the god Cernunnos and the Faerie goddess, Morgana. Now, Ember must not only face her heritage, but she's bound to preserve the balance between the Fae Courts, for if order isn't maintained, war and chaos will spill out into the mortal realm.

When Herne and Ember are approached by the matriarch of a group of water-horse shifters to help find her cousin's murderer, the Wild Hunt is drawn into a dark and shadowed world of the Ante-Fae. But as the team delves into the details of the grisly death, they uncover evidence of a string of murders that leads them directly into the court of Blackthorn. Caught in a mire of political intrigue and shadow magic, will Ember and Herne be able to bring the serial killer to light, or will the King of Thorns manage to silence them forever?