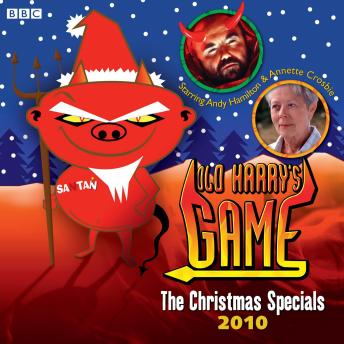 It’s the most wonderful time of the year, but Satan isn’t in a very Christmassy mood in these two seasonal specials. In Christmas Spirit, he is busy dealing with the seasonal rush. Tired of Hell being inundated with drunken morons who died doing something completely stupid at the office party, he decides to do something radical: abolish Christmas! Ring in the New sees Satan feeling fed up with the relentless chaos and grimness of Hell. So when Edith suggests a relaxing minibreak, he heads off to the Lake District – leaving Scumspawn in charge... Written by and starring Andy Hamilton (as Satan), this bestselling series co-stars Jimmy Mulville as Thomas, Robert Duncan as Scumspawn and Annette Crosbie as Edith. 'One of the great comic creations of recent years' - Sunday Telegraph.