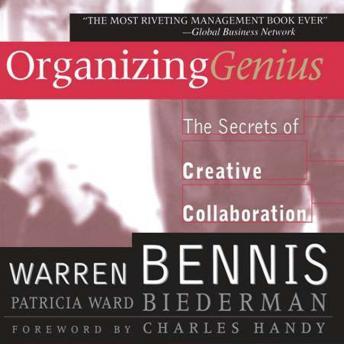 From Publishers Weekly
University of Southern California business professor Bennis and Los Angeles Times reporter Biederman examine six 'Great Groups' whose work affected and sometimes changed the modern world. They are the Disney organization and its animated films; the Xerox Corporation's Palo Alto Research Center, which designed the first user-friendly computer; the Clinton presidential campaign of 1992 for what the authors deem a remarkable victory; Lockheed's Skunk Works, where the U-2 spy plane and the Stealth bomber were developed; Black Mountain College in the foothills of North Carolina, which lasted only from 1933 to 1956 but attracted many major artists; and the Manhattan Project, whose scientists created the atomic bomb. All of these groups, the authors stress, consisted of enormously talented people with a sense of mission, who worked under a strong leader and were imbued with pragmatic optimism. Each segment is so well told that it has lessons for all.