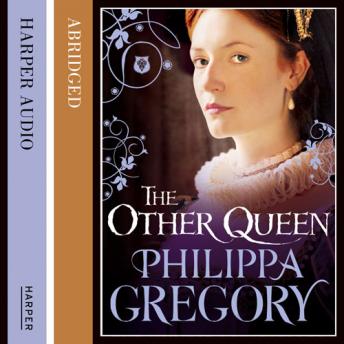 A dramatic novel of passion, politics and betrayal from the author of The Other Boleyn Girl, Philippa Gregory. Mary, Queen of Scots, fights to regain her kingdom whilst under the guard of Queen Elizabeth's trusted accomplice, Bess of Hardwick.

Mary is Queen of Scotland but she has been forced to flee her land and take refuge in an England that is ruled by her cousin Elizabeth. But England, precarious in its Protestant state, set against the mighty powers of Spain, France and Rome, doesn't need a charismatic Catholic figurehead at large. So Elizabeth's chief advisor, Cecil, devises a plan in which Mary will live under guard with his trusted accomplice: Bess of Hardwick.

Bess is a self-made woman, a shrewd survivor. She is newly married to her fourth and most distinguished husband, the Earl of Shrewsbury. But what marriage can withstand the charms of Mary? Or the threat of rebellion that she always carries? Mary must wait in her privileged imprisonment for the return to Scotland and her infant son; but waiting is not the same as doing nothing...

With her characteristic combination of superb storytelling and authentic historical background, Philippa Gregory brings to life this period of great change, in a riveting tale of betrayal, loyalty, politics and passion.