The Other Side of Here 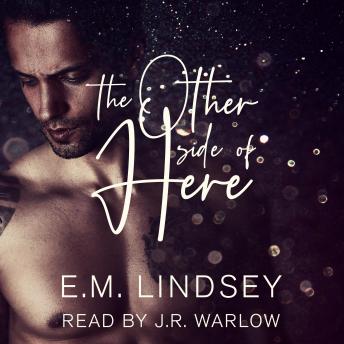 “I’m a man of regrets, my love. I can always think of a thousand ways I could have done things better. But I don’t regret him.”

Married for nearly two decades, Luca and Sebastion know what they want from life and from love, but they certainly don’t expect the shake-up that is Alexander Thomas. Their marriage has been open since the start, but it’s not until Luca sends a wrong text that they realize there might be room for something new. Something a little bit more permanent. The only problem is, Xan’s already taken, and the man he’s with is dangerous.

Xan’s life has been off the rails since his parents died, and with his current relationship turning toxic, he’s not sure he wants to inflict his chaos on the lives of two men who don’t deserve it. Luca and Sebastion are worthy of so much more, and Xan isn’t sure he’ll ever deserve the chance at their unconditional love. After all, he’s been engaged to a man who can’t stand him for two years, and he still can’t find the courage to leave. But when things go from bad to worse, Xan knows something has to give, and he realizes then the only difficult step to take is the first one.

Some relationships are meant for moments, and some are meant for forever, but none of these men know how their story will end until they’re standing together, on the other side of here.

The Other Side of Here is a MMM stand-alone romance with a happily ever after.

Other Side of Here