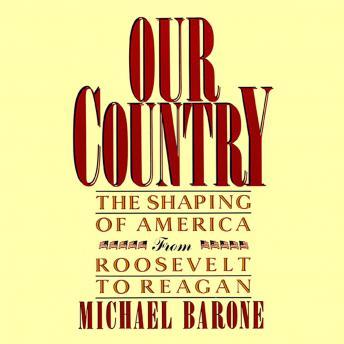 In this rare, sweeping history, Michael Barone draws from deep within the political and social record of modern America to tell the story of how the country of our parents and of our grandparents became the prosperous and powerful nation we know today.
Barone points out that the single most significant issue to dominate American politics in this century is that of who really is an American. Gone are the vaunted battles over the distribution of wealth and income. In their place are the powerfully rooted political battles fought between America’s cultural poles: its racial and ethnic groups, its urban liberals and small-town conservatives, its state’s rightists and centrists, and ultimately also between advocates of culturally diverse lifestyles.
Barone’s extensive knowledge of the historical record and his portrayal of well-known individual participants add color and dimension to this narrative.