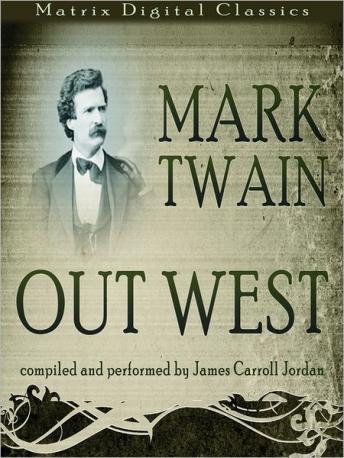 Samuel Langhorne Clemens (November 30, 1835 – April 21, 1910), better known by the pen name Mark Twain, was an American author and humorist. Twain is most noted for his novels 'Adventures of Huckleberry Finn' and 'The Adventures of Tom Sawyer'.

Compiled and performed by James Carroll Jordan, this is an entertaining take on Mark Twain's early writing. Taking inspiration from 'Roughing It', Twain's semi-autobiographical travelogue, Jordan presents the story much as Mark Twain may have done himself in his days on the lecture circuit in the 19th century.