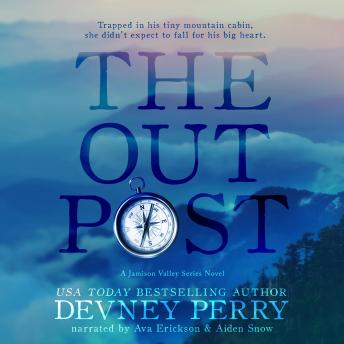 Trapped in his tiny mountain cabin, she didn't expect to fall for his big heart.

Exposing a prominent criminal family with an investigative news report didn’t exactly work out the way Sabrina had hoped. Instead of basking in the glory of her article’s success, she’s on the run from a powerful man who wants her dead. To stay safe, she’s forced to trade one bad situation for another. Stuck in the Montana wilderness, she’s secluded from anything resembling civilization or the modern-day world. The only good thing about her situation is the gorgeous mountain man assigned to protect her. Too bad he isn’t the slightest bit interested in a city girl like her.

Beau likes his life quiet and simple. Give him a peaceful day hiking in the woods with his dog, and he’s a happy man. He has no use for large crowds, noisy cities or dramatic women. So when a hotshot reporter rolls into town, dragging her big-time problems with her, he should have run for the hills. Instead, he volunteered to keep her safe. Bringing her into his world won’t be easy, but if he can convince her that Montana isn’t as terrifying as she believes, they might just be the perfect match.