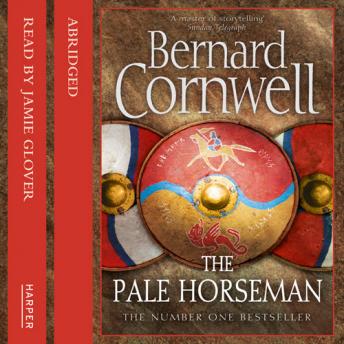 Continuing the outstanding success of The Last Kingdom, The Pale Horseman is the second installment of Bernard Cornwell’s fantastic series, following the fate of Alfred the Great ,and the forging of Britain


It is the lowest time for the Saxons. Defeated comprehensively by the Vikings who now occupy most of England, Alfred and his very small group of surviving followers retreat to the trackless marshlands of Somerset. There, forced to move restlessly to escape betrayal or detection, using the marsh mists for cover, they travel by small boats from one island refuge to another, hoping that they can regroup and find some more strength and support.


Only Uhtred remains resolute. Determined to discover the enemy's strategies, he draws once again on his Viking upbringing, and attempts to enter the Viking camps. His plan is to become accepted enough by their leaders to be able to sit in their councils and uncover their plans. But once there, the attractions of his many friends among the Vikings coupled with his disillusion with the Saxons' leadership and anger at Alfred's criticism of his own conduct, draws him back again to his allegiance to the Vikings, aided by his passion for one of them, the shadow queen of the title.