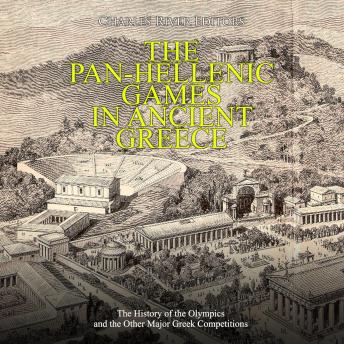 The Pan-Hellenic Games in Ancient Greece: The History of the Olympics and the Other Major Greek Competitions

The Pan-Hellenic Games is the collective term for the four major sports festivals held in ancient Greece. These include the Olympic Games, held in honor of Zeus at Olympia every four years; the Pythian Games in honor of Apollo, held at Delphi every four years; the Nemean Games, held to celebrate Zeus and Heracles at Nemea near Corinth every two years; and the Isthmian Games, honoring Poseidon at Isthmia every two years.

The Olympiad, a period of four years, was one of the main ways the Greeks measured time. The Olympic Games were used as a starting point, effectively year one of the cycle. The Nemean and Isthmian Games were both held in different months in year two, followed by the Pythian Games in year three, and the Nemean and Isthmian Games again in year four. The cycle then repeated itself, with the Olympic Games starting the sequence again. Being structured in this way ensured that individual athletes could participate in all of the games. Competitors came from all over the Greek world, including the Greek colonies, as well as Asia Minor and Spain, and the only main issue seems to be the expense, competitors had to be relatively affluent to afford training, transportation, lodgings, and other costs associated with taking part. Women and non-Greeks were mostly prohibited from participation, except on extremely rare occasions when an exception was made as. Perhaps the most famous was when the Roman Emperor Nero was allowed to participate in the OlympicsThe main events at all of the games were chariot racing, wrestling, boxing, the pankration, the stadion, various other foot races, and the pentathlon. With the exception of the chariot race, all of the events were performed in the nude.

Pan-Hellenic Games in Ancient Greece: The History of the Olympics and the Other Major Greek Competitions

This title is due for release on March 25, 2020
We'll send you an email as soon as it is available!