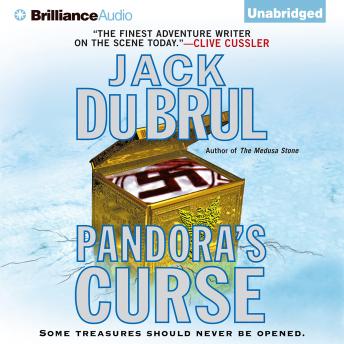 In northern Greenland, geologist Phillip Mercer finds a dead body hot with radiation in a 1950s U.S. Army base under the ice. Mercer is almost killed when the old base is set on fire. Geo-Research, the German team studying global warming, hustles Mercer and company out of Greenland, and Mercer vows to find out why. Surviving a bomb on the plane taking them back to Iceland, Mercer, the beautiful Anika Klein, and their fellow explorers search for the shelter of an ice cavern until they can be rescued—and that's when they learn the truth. Geo-Research is a front for Kohl AG, a German company which profited from its wartime use of slave labor. Rather than pay into the compensation fund, Kohl is trying to destroy its biggest secret—the hidden Nazi submarine base that harbored the remains of the radioactive meteorite that exploded over Tunguska, Siberia, in 1908. The Nazis contained the radiation in boxes made of looted wartime gold nicknamed 'Pandora boxes.' But Kohl AG's special projects director is a neo-Nazi and plans to sell the Pandora boxes to the highest bidding terrorist nation. Only Mercer and a WWII-era U-boat can stop the evil plot to hold the world hostage.