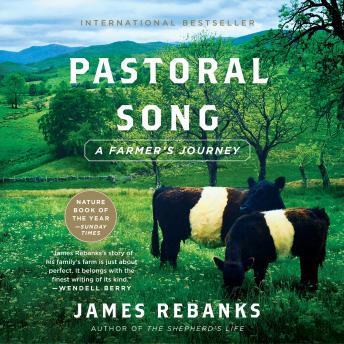 The New York Times bestselling author of The Shepherd’s Life profiles his family’s farm across three generations, revealing through this intimate lens the profound global transformation of agriculture and of the human relationship to the land.

As a boy, James Rebanks's grandfather taught him to work the land the old way. Their family farm in England's Lake District hills was part of an ancient agricultural landscape: a patchwork of crops and meadows, of pastures grazed with livestock, and hedgerows teeming with wildlife. And yet, by the time James inherited the farm, it was barely recognizable. The men and women had vanished from the fields; the old stone barns had crumbled; the skies had emptied of birds and their wind-blown song.

Hailed as 'a brilliant, beautiful book' by the Sunday Times (London), Pastoral Song (published in the United Kingdom under the title English Pastoral) is the story of an inheritance: one that affects us all. It tells of how rural landscapes around the world were brought close to collapse, and the age-old rhythms of work, weather, community and wild things were lost. And yet this elegy from the northern fells is also a song of hope: of how, guided by the past, one farmer began to salvage a tiny corner of England that was now his, doing his best to restore the life that had vanished and to leave a legacy for the future.

This is a book about what it means to have love and pride in a place, and how, against all the odds, it may still be possible to build a new pastoral: not a utopia, but somewhere decent for us all.

[Published in the United Kingdom as English Pastoral.]