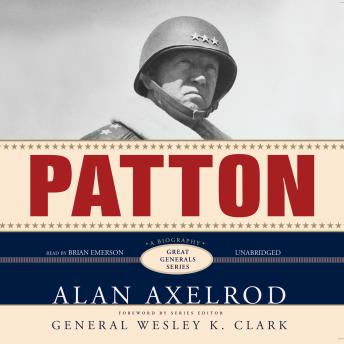 George S. Patton was a general who achieved greatness in his field by contradicting his own nature. A cavalryman steeped in romantic military tradition, he nevertheless pulled a reluctant American military into the most advanced realms of highly mobile armored warfare. An autocratic snob, Patton created unparalleled rapport and loyalty with the lowliest private in his command. An outspoken racist, he led the only racially integrated US military unit in World War II. A profoundly insecure individual, he made his Third Army the most self-confident and consistently victorious fighting force in the European theater. An exuberantly profane man, he prayed daily and believed God had destined him for military greatness.
Alan Axelrod delivers a fascinating account of Patton’s extraordinary life and legacy.