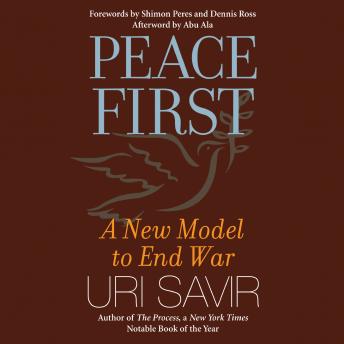 In this groundbreaking new guide to building peace, international ambassador Uri Savir exposes the deadly ironies and anachronisms in contemporary efforts to solve global conflicts, and presents a radical new model for modernizing our efforts to build real and lasting peace, from the ground up. Peace First draws on Savir's own deep, first-hand experiences from the Oslo Peace Process, as well as his peace-building efforts between enemies and former enemies in the African nations of Ethiopia, Eritrea, Rwanda, and Sierra Leone, the European regions of Northern Ireland and the Former Yugoslavia, and in Asia, Afghanistan, India, and Pakistan.