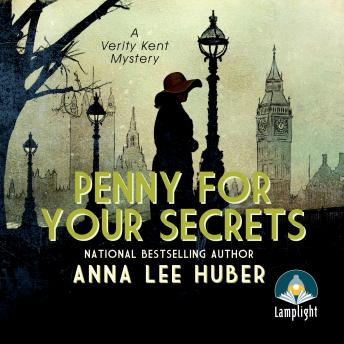 Penny for your Secrets: A Verity Kent Mystery

Forgot to include AI for Penny For Your Secrets by Anna Lee Huber (design):

The Great War may be over, but for many, there are still obstacles on the home front. Reconciling with her estranged husband makes Verity sympathetic to her friend Ada's marital difficulties. Bourgeois-bred Ada, recently married to the Marquess of Rockham, is overwhelmed trying to navigate the ways of the aristocracy. And when Lord Rockham is discovered shot through the heart with a bullet from Ada's revolver, Verity fears her friend has made a fatal blunder. While striving to prove Ada's innocence, Verity is called upon for another favour. The sister of a former Secret Service colleague has been killed in what authorities believe was a home invasion gone wrong. The victim's war work - censoring letters sent by soldiers from the front - exposed her to sensitive, disturbing material. Verity begins to suspect these two unlikely cases may be linked. But as the connections deepen, the consequences - not just for Verity, but for Britain - grow more menacing than she could have imagined.

Praise for Treacherous is the Night: "Masterful...Just when you think the plot will zig, it zags...Deeply enjoyable." CRIMINAL ELEMENT

Penny for your Secrets: A Verity Kent Mystery