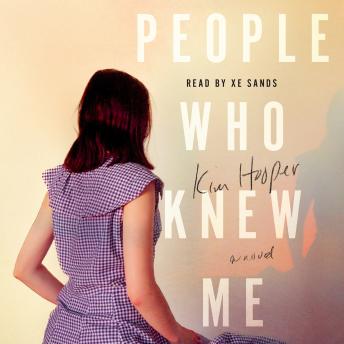 People Who Knew Me: A Novel

Everything was fine fourteen years after she left New York.

Until suddenly, one day, it wasn't.
Emily Morris got her happily-ever-after earlier than most. Married at a young age to a man she loved passionately, she was building the life she always wanted. But when enormous stress threatened her marriage, Emily made some rash decisions. That's when she fell in love with someone else. That's when she got pregnant.
Resolved to tell her husband of the affair and to leave him for the father of her child, Emily's plans are thwarted when the world is suddenly split open on 9/11. It's amid terrible tragedy that she finds her freedom, as she leaves New York City to start a new life. It's not easy, but Emily

now Connie Prynne-forges a new happily-ever-after in California. But when a life-threatening diagnosis upends her life, she is forced to rethink her life for the good of her thirteen-year-old daughter.
A riveting debut in which a woman must confront her own past in order to secure the future of her daughter, Kim Hooper's People Who Knew Me asks: "What would you do?"

People Who Knew Me: A Novel