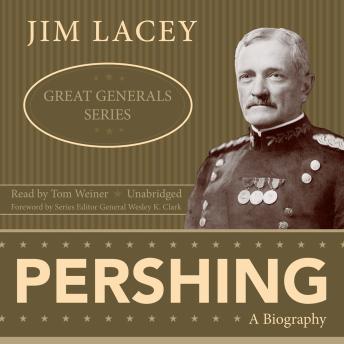 Part of The Great Generals Series

In this persuasive biography, Jim Lacey sheds light on General Pershing’s legacy as the nation’s first modern combat commander, setting the standard for today’s four-star officers. When the US entered into World War I in 1917, they did so with inadequate forces. In just over a year, Pershing built and hurled a one-million-man army against forty battle-hardened German divisions, defending the hellish Meuse-Argonne and turning the tide of the war. With focus and clarity, Lacey traces Pershing’s development from Indian fighter to guerrilla warrior against the Philippine insurgency to victorious WWI commander.