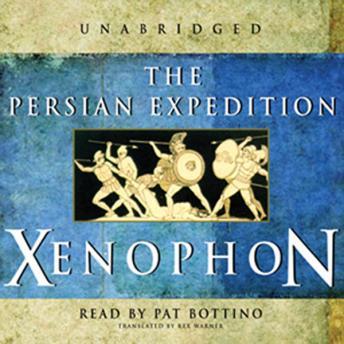 Xenophon, after being exiled from Athens, spent the last years of his life hunting, writing, and recalling in his books the great days of the Persian expedition. This record of one of the most famous marches in history contains an account of the day-to-day life of ordinary men and soldiers. It demonstrates how Greek theories of government and morality worked out in practice-for with his admiration for the great, Xenophon had a rare ability to understand and describe the outlook of lesser men. His own fortunes, too, are intensely moving. Cool, calculating, brilliant, and intensely pious, he is one of the most fascinating characters of history, and his account of his own doings is so far from being self-conscious that he seems to be one of the very few Greeks whose ways and manners have been accurately documented.