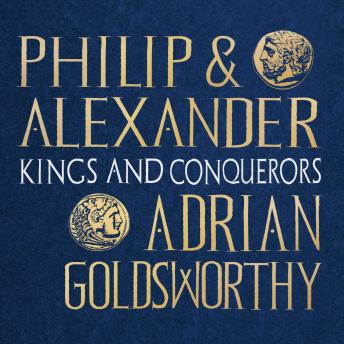 A joint biography that investigates how, during their lifetimes, Philip and Alexander transformed Macedon from a weak kingdom into a globe-spanning empire.

During his short life Alexander the Great carved out an empire stretching from the Balkans to Central India, re-drawing the map of the ancient world. Yet Alexander represents only half of the story, for his success was not just the product of his own genius, restless energy and ambition, but was built on decades of effort by his father. History has portrayed Philip II of Macedon as an old man, one-eyed and limping, whose convenient assassination allowed Alexander the Great to come to power. But there was far more to him than this. Through decades of hard fighting, clever diplomacy, and sheer determination, Philip unified his country and conquered Greece.

As authoritative as it is accessible, Philip and Alexander is the latest in a much-praised sequence of essential histories of the ancient world from a master historian.