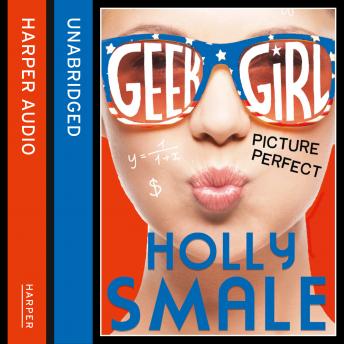 "My name is Harriet Manners, and I'll always be a geek."

It's the hilarious third book in the bestselling award-winning GEEK GIRL series!

She knows that New York is the most populous city in the United States.

She knows that its official motto is 'Ever Upward'.

She knows that one in thirty-eight people living in the US lives there.

But she knows nothing whatsoever about modelling in the Big Apple and how her family will cope with life stateside. Or 'becoming a brand' as the models in New York say. And even more importantly, what to do when the big romantic gestures aren't coming your way from your boyfriend...

Does geek girl go too far this time?

The laugh out loud follow-up to award-winning debut GEEK GIRL and MODEL MISFIT will have you in stitches!