The Pilgrim of Hate: The Tenth Chronicle of Brother Cadfael 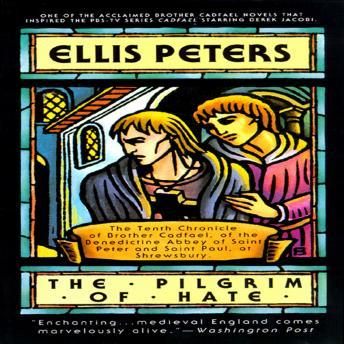 In the year of our Lord 1141, civil war over England's throne leaves a legacy of violence-and the murder of a knight dear to Brother Cadfael. In the spring, a flood of pilgrims comes to the celebration of Saint Winifred at the Abbey, carrying with it many strange souls...and perhaps the knight's killer.
Brother Cadfael's shrewd eyes see all: the prosperous merchant who rings false; an angelic, lame boy and his beautiful, dowerless sister; and two wealthy penitents. In the name of justice, Cadfael sets out to uncover the strange and twisted tale that accompanies these travelers. Instead, he unearths a quest for vengeance, witnesses a miracle, and finds himself on a razor's edge between death or the absolution of love.

Pilgrim of Hate: The Tenth Chronicle of Brother Cadfael