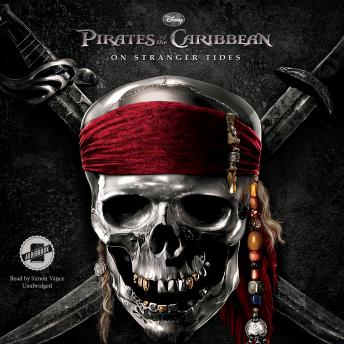 Pirates of the Caribbean: On Stranger Tides

#4 of The Pirates of the Caribbean Series

He’s been cursed, left for dead, and deposited at the world’s end. Now the infamous pirate Captain Jack Sparrow sets sail on stranger tides for his most dangerous voyage yet—to the fabled Fountain of Youth.

On this doomed quest, Jack will meet a lost love—the gorgeous but mysterious pirate Angelica—and be held prisoner on the horrifying Queen Anne’s Revenge, the ship captained by the evil and dreaded Blackbeard!

Now, Jack must avoid terrifying zombies and battle beautiful-but-deadly mermaids as he races against the Spanish Armada, the British Navy, and the treacherous Captain Barbossa to reach the Fountain.

So set sail on the sinister seas … if you dare!