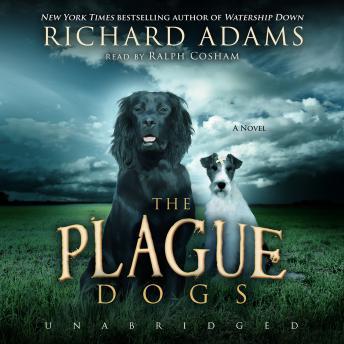 The Plague Dogs: A Novel

Richard Adams, the author of Watership Down, creates a lyrical and engrossing tale, a remarkable journey into the hearts and minds of two canine heroes, Snitter and Rowf.
After being horribly mistreated at a government animal-research facility, Snitter and Rowf escape into the isolation—and terror—of the wilderness. Aided only by a fox they call “the tod,” the two dogs must struggle to survive in their new environment. When the starving dogs attack some sheep, they are labeled ferocious man-eating monsters, setting off a great dog hunt that is later intensified by the fear that the dogs could be carriers of the bubonic plague.

This title is due for release on June 29, 2011
We'll send you an email as soon as it is available!