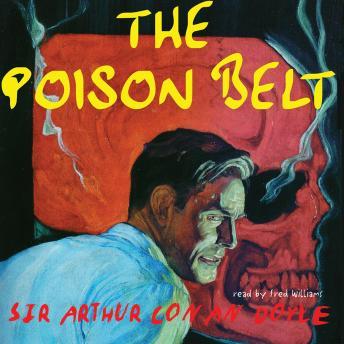 The Poison Belt and Other Stories

Professor Challenger summons his three best friends to come to his country house, each one to bring a cylinder of pure oxygen. When they arrive, the reason for this strange request becomes terrifyingly clear. Professor Challenger has become convinced that the earth is entering a poison belt of ether and that life upon this planet is doomed.
In a sealed room, to the sound of the slow hiss of escaping oxygen, Professor Challenger and his friends wait out the night as humanity prepares to meet its fate...
Also included in this volume are two other famous Professor Challenger stories, "When the World Screamed" and "The Disintegration Machine."

Poison Belt and Other Stories