The Politically Incorrect Guide to the British Empire 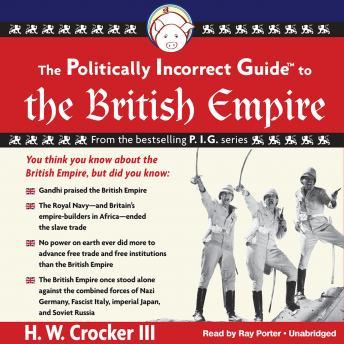 In The Politically Incorrect Guide to the British Empire, bestselling author H. W. Crocker III exposes-in brawling, rambunctious style-how the British Empire was actually one of the greatest establishers and defenders of freedom in history.

In this new PI Guide listeners will discover:

-How, far from being anti-imperialists, America's colonists were more British than the British-demanding their rights as Englishmen and envisioning a continent-wide empire (a word the Founders used with approval)

-What the world would be like if the British Empire were still governing a quarter of the globe-hint: everyone would be a lot better off

So strap on your pith helmet for a rollicking ride through some of history's most colorful events. The Politically Incorrect Guide to the British Empire provides a panoramic and provocative view of four hundred years of history that will delight and amuse, educate and entertain.