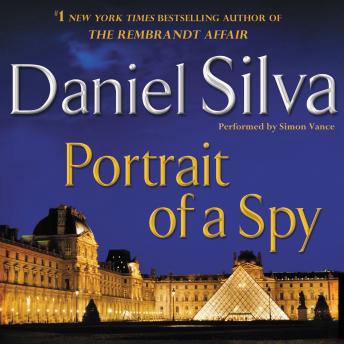 The #1 international bestselling author comes to Harper with his most mesmerizing novel yet, featuring Gabriel Allon, master art restorer and assassin. 'A CROSS BEtWEEN JASON BOURNE AND JAMES BOND ... A FABULOUS tHRILLER'DAILY MAILEUROPE IS EXPLODING AND ONE MAN MUSt FIND OUt WHYFor Gabriel Allon and his wife Chiara, it was supposed to be the start of a romantic weekend in London. But nothing is ever that simple when you're an off-duty spy and assassin.A pair of bombings in Paris and Copenhagen has put him on edge and when Gabriel notices a man exhibiting several traits common to suicide bombers, he follows him into the Covent Garden throng. He's determined to prevent the carnage he fears is about to take place, but before Gabriel can draw his sidearm, he is knocked to the pavement by two plain-clothes police officers.A moment later he looks up to find a scene from his nightmares.From the streets of New York and London, to the unforgiving landscape of the Saudi desert, Gabriel Allon is in a race to the death against a calculating mass-murderer that he dare not lose ...PRAISE FOR DANIEL SILVA:'those in the know are calling him the new John Le Carre.those who are reading him can't put him down.'CHICAGO SUN tIMES'A world-class practitioner of spy fiction'WASHINGtON POSt