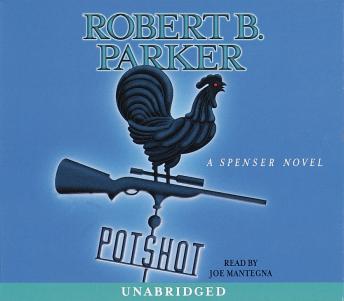 Boston P.I. Spenser returns — heading west to the rich man's haven of Potshot, Arizona, a former mining town recently reborn as a paradise for Los Angeles millionaires looking for a place to escape the pressures of their high-flying lifestyles. When a band of modern-day mountain men, led by a charismatic individual known as The Preacher, takes over the town, even the local police are powerless to defend the residents in the face of the clever, dangerous gang. Spenser assembles a group of his own, including the redoubtable Hawk, to beat the gang at their own dangerous game and form the nucleus of a real police force to watch over the town when he's gone.

This title is due for release on April 1, 2003
We'll send you an email as soon as it is available!