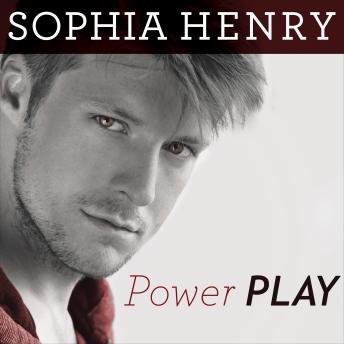 Beneath her innocent facade, Gabriella Bertucci has her reasons to be standoffish with guys. Especially guys like Landon Taylor, a star defenseman on the minor-league Detroit Pilots and the object of a serious crush since he first walked into her family's market. But when Landon comes through for her in a moment of crisis, Gaby starts to wonder if there might be more to Landon than hard muscles and fast skates.

Landon isn't afraid of telling Gaby that he's got it for her bad. The problem is, she seems unwilling to believe it. And though Landon enjoys his reputation as a cool-headed athlete, he hates losing-both on the rink and off. It's his competitiveness that makes him so damn good at what he does, but it also makes him just a little bit complicated.

One minute Gaby's tempted to give in; the next, she's getting cold feet. How can she trust a guy who's destined for bigger and better things to stick around? Then again, when Landon pulls her close with those powerful arms, the only thing that matters is right now.Contains mature themes.