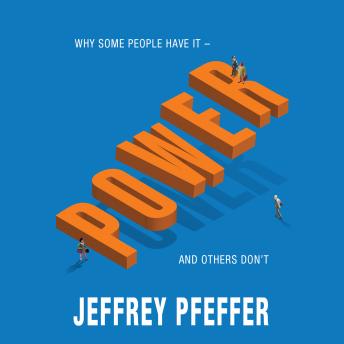 Power: Why Some People Have It - and Others Don't

Brimming with counterintuitive advice, numerous examples from various countries, and surprising findings, this groundbreaking guide reveals the strategies and tactics that separate the winners from the losers. Power is a force that can be used and harnessed not only for individual gain but also for the benefit of organizations and society. Power, however, is not something that can be learned from those in charge - their advice often puts a rosy spin on their ascent and focuses on what should have worked, rather than what actually did. Instead, Pfeffer reveals the true paths to power and career success. Iconoclastic and grounded in the realpolitik of human interaction, Power is an essential organizational survival manual and a new standard in the field of leadership and management.

Power: Why Some People Have It - and Others Don't