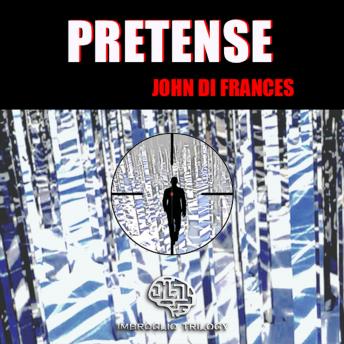 With anti-EU sentiment over increasing centralized control surging across the continent, Europe is suddenly plunged into a spiral of events threatening the future of the free world. A political thriller, PRETENSE first book of the IMBROGLIO TRILOGY, weaves a compelling tale of conspiracy and suspense, personality and wit, which will keep you coming back for more.A dark cloud hangs over Europe after the brutal murders of two heads of government, just days apart. Growing civil unrest erupts across Europe threatening the stability of national governments. Tasked with finding the criminals, Interpol's Marek Frakas, also known as "The Wolf," joins forces with top federal police investigators of several nations. This cadre includes the lovely Adrianna Bartoszek, a young forensic weapons expert who has no problem holding her own on the male-dominated team.A tense game of 'cat and mouse' is soon underway as authorities move quickly to apprehend the three suspects. They track them from Slovakia to Poland and on to Germany where another tragic event leads to more deaths. Meanwhile, pressure mounts for the investigative team. When dubious information repeatedly thwarts their efforts, one fact becomes obvious. Behind these assassinations lies a sinister plot which appears to stretch westward to the United States, implicating the CIA. But do the facts reflect reality or is there an unseen mastermind working behind the scenes to destabilize Europe and NATO?As time begins to run out, Marek decides to trust his instincts and contact an old friend. As result, help is offered from a most unlikely source. But frustration caused by past mistakes has planted seeds of distrust within the investigative team. They are at an impasse and differences must be resolved before moving forward.More action follows as they pursue the suspects to the beautiful Greek Isles. And as though lost in a maze of mirrorsy are blindsided once again. Can they uncover the truth before it's too late? There are still more twists to come.

This title is due for release on January 2, 2019
We'll send you an email as soon as it is available!