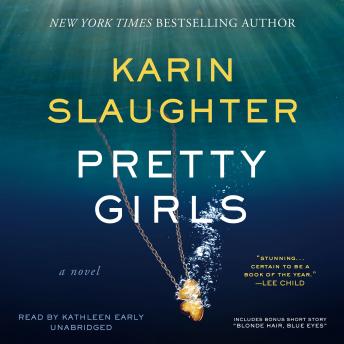 From the critically acclaimed and New York Times bestselling master of suspense comes a stand-alone novel about family and belonging, justice and retribution, the decisions we make—and the choices that haunt us. Pretty Girls also includes the chilling short story “Blonde Hair, Blue Eyes.”

More than twenty years ago, Claire and Lydia’s sister Julia vanished without a trace. The two women have not spoken since, and now their lives could not be more different. Claire is the glamorous trophy wife of an Atlanta millionaire. Lydia, a single mother, dates an ex-con and struggles to make ends meet. But neither has recovered from the horror and heartbreak of their shared loss—a devastating wound that’s cruelly ripped open when Claire’s husband is killed.

The disappearance of a teenage girl and the murder of a middle-aged man, almost a quarter-century apart: what could connect them? Forming a wary truce, the surviving sisters look to the past to find the truth, unearthing the secrets that destroyed their family all those years ago … and uncovering the possibility of redemption—and revenge—where they least expect it.