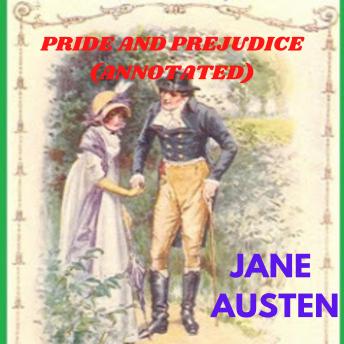 Pride and Prejudice is a romantic novel of manners written by Jane Austen in 1813. The novel follows the character development of Elizabeth Bennet, the dynamic protagonist of the book who learns about the repercussions of hasty judgments and comes to appreciate the difference between superficial goodness and actual goodness. Its humour lies in its honest depiction of manners, education, marriage, and money during the Regency era in Great Britain.

Pride and Prejudice is set in provincial England in the mid nineteenth century, and it follows the Bennet family, which incorporates five totally different sisters. Mrs. Bennet is restless to see every one of her little girls wedded, particularly as the unobtrusive family home is to be acquired by William Collins when Mr. Bennet dies.

Pride and Prejudice has consistently appeared near the top of lists of 'most-loved books' among literary scholars and the reading public. It has become one of the most popular novels in English literature, with over 20 million copies sold, and has inspired many derivatives in modern literature. For more than a century, dramatic adaptations, reprints, unofficial sequels, films, and TV versions of Pride and Prejudice have portrayed the memorable characters and themes of the novel, reaching mass audiences. The 2005 film Pride & Prejudice is the most recent film adaptation that closely represents the book.