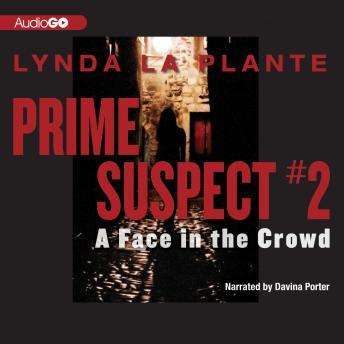 Prime Suspect, #2: A Face in the Crowd

The victim was young. Female. And black. Her skull had been smashed in, her face decomposed beyond all recognition. But for Detective Chief Inspector Jane Tennison, the corpse that had just been found in one of London's poorest communities was only the beginning of a case that would tear apart an already divided city...and embroil the gritty cop and her force in a hotbed of racial strife, shocking accusations, and sudden, wrenching violence. But Jane Tennison was not a woman who let anything get in the way of her passion for justice. Not the racism of some of the boys in the station house, or the slippery politicking of her superiors. Not even when her own stormy love life explodes in sleazy tabloid headlines. Because a brutal and seductive killer was still at large, luring innocent girls from London's midnight streets. And because for Jane Tennison, stalking her prime suspect has become an obsession-one that could send her spiraling over the edge...

Prime Suspect, #2: A Face in the Crowd