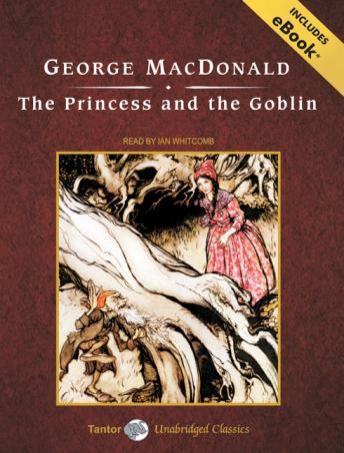 The Princess and the Goblin

Young Princess Irene is sent to the country to be raised in a half-farmhouse, half-castle located in the side of a mountain. While exploring the top of the castle, Irene becomes lost and inexplicably finds her way to a mystifying and beautiful woman spinning a thread. Princess Irene discovers that this woman to which she is drawn is her great-great-grandmother. But after she returns, her nurse, Lootie, refuses to believe in the old woman's existence, and the young princess cannot find the way back to her great-great-grandmother.

Days later, while on an outing with Lootie, Princess Irene believes that she detects a goblin. They meet a young miner, Curdie, who confirms her sighting. Soon Curdie discovers that goblins lurking under the castle have constructed an evil plot against the king and his palace. Princess Irene's belief in her great-great-grandmother's powers becomes essential as she and Curdie work to foil the sinister goblin plan. As the Princess tells Curdie, 'Sometimes you must believe without seeing.'

Princess and the Goblin