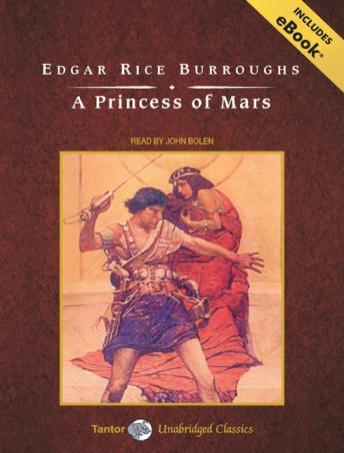 Two years before Edgar Rice Burroughs became a worldwide celebrity with the publication of Tarzan of the Apes, he published A Princess of Mars. A futuristic sci-fi fantasy romance, A Princess of Mars tells the story of John Carter, a Civil War veteran who inexplicably finds himself held prisoner on the planet Mars by the Green Men of Thark. Together with Dejah Thoris, the princess of another clan on Mars, the unlikely pair must fight for their freedom and save the entire planet from destruction as the life-sustaining Atmosphere Factory slowly grinds to a halt.